The Hidden Design Flaw Responsible for Cultures of Acquaintances

Workers eager to get to the office in the morning, people laughing together at the coffee maker, and two employees brainstorming on a project as they walk to their desks, this bustling office is the kind every company wishes they had.

But for every company whose employees feel like this, like one big community, there are 100 offices where the culture feels quite the opposite. Where the place seems to be filled with strangers.

They might smile politely when walking past each other in the hallways or say hello to each other at the copier, but when the majority of people’s daily encounters with others are limited to simple acknowledgments, a dull, mundane culture can develop.

While you can’t force people to become best friends, you can design spaces that are less likely to mass-produce relationships of acknowledgment.

‍Let’s start by looking at what these kinds of relationships of acknowledgment are. You know them well, they fill our daily lives. We exchange brief “hellos” with the barista, give the person we see at the gym every morning a head nod, and half-smile with the commuter who’s always on the same train as us. While these encounters might initially seem like interactions, they aren’t really interactions at all—they’re simply acknowledgments.

These types of relationships aren’t necessarily hurting anyone, but in most cases, they’re inconsequential to our lives. If any of these people quit the gym or took a different train to work, we probably wouldn’t notice.

While they’re not “bad” relationships, the problem arises if there’s too many of them. Can you imagine if all your interactions were like this on a daily basis? No real conversations—just stuck in a world of small talk and head nods.

These relationships are inevitable in some capacity. We’re not meant to be best friends with everyone we work with or walk past on the street. But when they become too frequent at the office, people can begin to feel like outsiders in their own workplaces. Without a real connection to other employees, some may question if it’s worth staying.

To be able to limit how many of these types of relationships will form, we need to understand how they’re created.

When you keep exchanging half-smiles with the person in the gym, you’re both unknowingly forming a habit. The more you repeat this behavior, the stronger the habit becomes and the harder it would be to do anything outside of the half-smile norm, like start an actual conversation.

These relationships of acknowledgment form when we keep seeing the same people in situations or environments that limit our ability to have a real/deeper interaction.

We’ve all been to networking events where we have the same conversation with the same person over and over again, only to then have uttered the words, “We should totally have coffee sometime,” which of course never do. So you’re left doomed to relive this same encounter next time in this never-ending groundhog day relationship.

These relationship loops happen daily in offices and coworking spaces everywhere. Over weeks, months, and sometimes years, these loops repeat, leaving people stuck in an endless spiral of small talk.

While sometimes this happens because some people really don’t want to talk to each other, most of the situations are a result of the physical space and situation that people are in. If we want to stop these types of relationships from forming in the first place, we must understand how the space facilitates their formation.

How The Space Keeps People Apart

It can be hard to imagine how the formation of such relationships can be influenced simply by the layout of the space people are in. But since we spend so much of our days seated, the opportunities people have to acknowledge each other are largely dependent on where the desks and seats are in relation to each other.

For example, when the distance between desks is too far, it limits people to only be able to nod or smile at each other.

If two people who don’t know each other sit in these seats, they’re automatically put into a situation (because of the design of the space) where they can’t do anything more than acknowledge one another.

To have any sort of proper interaction, they’d have to shout across the room, which wouldn’t go down well with others, or someone would have to intentionally get up and start a conversation, both of which are highly unlikely.

What’s more likely is for them to either give a polite smile or enter into a friendly match of “not making eye-contact tennis.”

Since the space creates these distance-related constraints on a daily basis, people can become limited to repeatedly acknowledging one another instead of interacting. These habits are the ones that will ultimately influence the relationships that are formed (or not formed) in a space.

Unintentionally Designing a Culture of Acquaintances

It’s not the end of the world if these acknowledgments happen. Inevitably there are situations where you can’t avoid them. However, they do become a problem in large offices as instead of one potential acknowledgment opportunity there could be hundreds or thousands. Taking what was once a simple one on one game of “not making eye contact tennis,” and turned it into the Wimbledon of “not making eye contact.”

The daily “hi’s”, timid waves, and polite smiles slowly build (mostly unnoticed) over weeks, months, and years, filling the office with thousands of tiny acknowledgments, subconsciously signaling to people to not fully engage with others.

Then one day, without really being able to place a finger on when it happened or why, what may have been a thriving office, has instead grown into a culture of acquaintances. Once a culture like that exists, it becomes much harder to change. 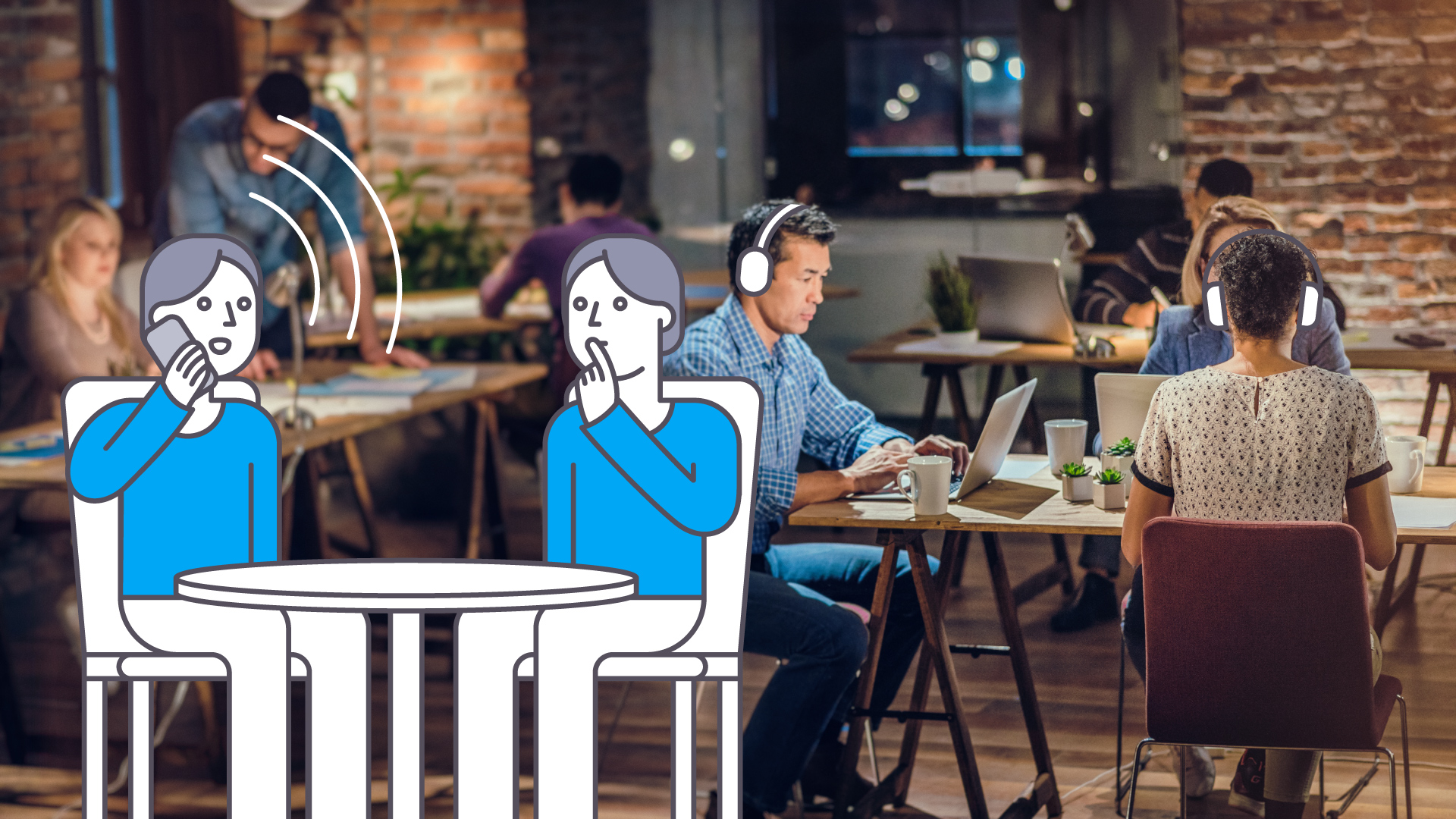