How To Design a More Energetic Workspace 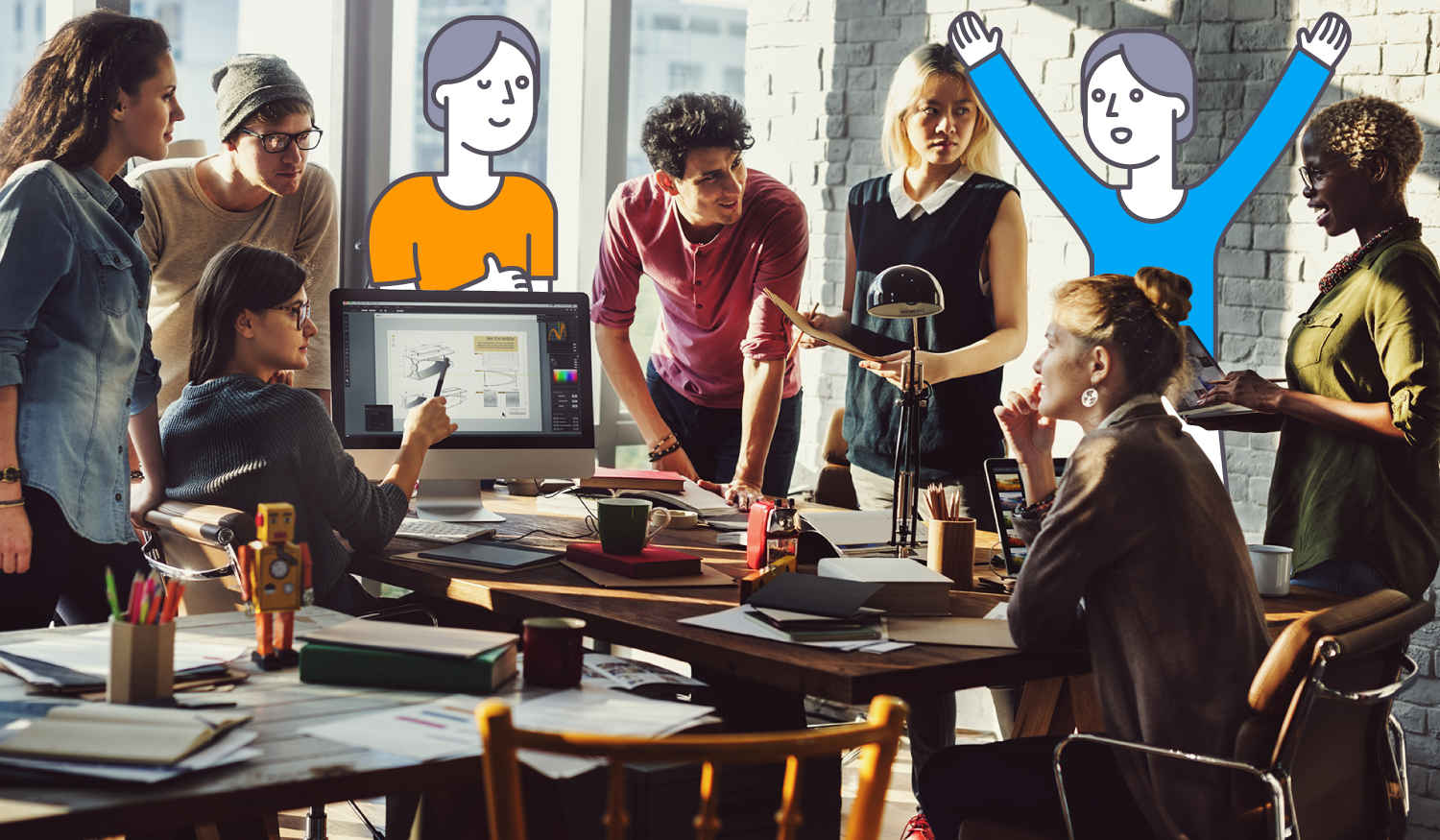 What does the energy in your office feel like?

When you walk through an office, do the people look like they’ve had five shots of espresso and are ready to power through the day or is everyone staring at the minute hand waiting for 5:00? For most offices, the energy ebbs and flows, and chances are you’ve experienced both types of environments.

While you can’t control how much coffee people drink, the way spaces are designed can have a huge effect on how energetic an office atmosphere feels. So why do some environments feel like they’re overflowing with energy while others are a drag the minute you walk in?

There’s a certain electricity when walking into a room full of other energetic people. In a high-intensity workout class, it doesn’t matter if you walk into that room exhausted, low energy, down, or blue – halfway into the first song, the pace of the people working out around you will bring you to their level and you’ll push further than you would have on your own.

This is the same kind of contagious drive that students benefit from in a library right before exams. Together, everyone is working towards a common goal, and the (silent) motivational energy surrounding them creates the focus and momentum they need to keep pushing.

Humans thrive on the energy of others and matching their motivational energy enables an atmosphere where people run further, study longer, and work harder.

So, imagine the importance of creating this energy level in a work environment. If an office space is meant to help increase productivity, it’s vital to make sure the environment is designed to sustain this kind of energetic atmosphere.

For example: Imagine the bar down the street has a maximum capacity of 100 people. If that bar has 80 people at any given time on a Friday night, the energy is at an all-time high. You want to stay, you want to order another drink, and you want to invite your other friends to join. It’s a scene.

Now, imagine a similar bar has 80 people spread out over the course of the evening – averaging only 20 people an hour. The bar won’t have the same energy and certainly won’t have the same impact. You might stay for a drink, sure – but you won’t stay for a second, and you may not want to make next week’s Friday night plans include that low-energy bar.

While the energy (or lack thereof) of a bar may seem obvious, it’s harder to pick up on in an office, as it can be more variable.

How a “Full” Office Can Still Feel Dull

To avoid designing offices that leave occupants feeling like the minutes are painfully passing by, there are ways to look at the space to see what’s going on. In the example below, occupants of an office described the energy as, “always feels low but not sure why.” The analysis of the seemingly full space provides a lot of insights as to why it felt that way (and what that means for other offices.)

The image below represents the weekly occupancy of an office, showing in blue which of the desks were used. This is a scaled down representation as the real space had around 100 desks.

The total number of desks that were occupied during the week was 81%, which seems pretty good at a glance, but that number doesn’t encompass the full story. Just like the bar example that had 80 people spread out throughout the night, it’s the time and overlap that’s the important factor in creating an energetic atmosphere.

While the office may have had over 80% of the desks used throughout the week, if Joe comes in earlier than others, Sarah comes in later, Tony doesn’t come in on Wednesdays and Kate is on the road four days a week, the office starts missing that critical overlap.

So yes, 22 of those 27 desks are used, but at different times. To shed some light on why the space felt dull, we can take a look at the occupancy broken down by hour, and suddenly it becomes very clear as to what’s going on.

Even though most of the desks were used at some point throughout the week, the number being used at the same time peaks at 30%, and that’s only for one hour. This is considerably lower than what you’d expect a high energy environment would need, and begins to explain (using data) why employees described the environment as “low energy.”

The image of the pink desks below exhibits how empty this feels. Take a moment to imagine sitting in any one of these desks during peak time. This is the absolute fullest that this space was in the span of an entire week. The practically empty office is a total bore. People aren’t held accountable to their goals in the same way that they would be if they were working alongside others in close quarters.

In this example, the office space was designed without taking into account the behaviors of the people who would occupy it. As a result, the office is never actually as full and bustling as the first diagram of the blue desks seems to suggest.

The lack of overlap in hours that team members are in the office together, combined with the too-large space, makes it impossible to mimic the high productivity environment that creates a thriving workplace.

Designing With Energy in Mind

It’s this difference that explains how full an office feels and how it should be designed. When this isn’t taken into account, it’s like booking an event space based on the number of invites sent out rather than the number of people likely to attend.

While there may be situations where designing an energetic atmosphere isn’t the goal, when it is, there are a few things to consider:

Understanding the role that each of these properties play on the atmosphere a space creates will enable us to look at these spaces, see why the energy feels so low, and come up with designs for offices that people are excited to be in.

Have you ever been in a space that felt dull? What could you change to increase the energy?